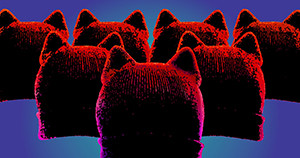 The #MeToo Movement has spurred a national conversation about power differentials. That conversation is far from over. In fact, it gets more complicated every week. Where is it leading? How is it changing our landscape, political and otherwise?

Meredith Talusan, Filipina-American writer who says #MeToo must include trans and nonbinary voices.

Alex Wagner, co-host and Executive Producer of Showtime’s “The Circus,” a documentary series about politics, and National Correspondent for CBS News.

Co-sponsored by the Women Faculty Forum

Rebecca Corbett, NYTimes assistant managing editor, led the 2018 Pulitzer Prize-winning team reporting on sexual harassment. She oversees the investigations department at The New York Times. She led the Times coverage of Harvey Weinstein’s sexual misconduct, which, along with reporting about workplace sexual harassment and abuses, won the Pulitzer Prize for public service this year. She had edited stories, including other Pulitzer winners, on subjects ranging from the National Security Agency’s warrantless wiretapping program, Russian interference in the 2016 United States election, the Cambridge Analytica-Facebook data leak, terrorism around the globe, the Ebola crisis, misconduct by American troops overseas and mistreatment in the workplace.

Before joining The Times’ Washington Bureau, where she served as a deputy bureau chief, she worked at The Baltimore Sun and newspapers in New England. She has done journalism fellowships at Columbia University, the Massachusetts Institute of Technology, the Hoover Institute at Stanford University and the Wharton School at the University of Pennsylvania.

Meredith Talusan, Filipina-American writer who says #MeToo must include trans and nonbinary voices. She is the founding editor of them, Condé Nast’s first-ever platform devoted to the queer community. An award-winning journalist and author, Meredith has written features, essays, and opinion pieces for many publications including The Guardian, The New York Times, The Atlantic, VICE Magazine, WIRED, The Nation, Mic, BuzzFeed News, and The American Prospect. She is the recipient of the 2017 GLAAD Media Award for Outstanding Digital Journalism, and has contributed to several books, including “Nasty Women: Feminism, Resistance, and Revolution in Trump’s America.” Meredith graduated from Cornell University with an MA in Comparative Literature and an MFA in Creative Writing; from California College of the Arts with an MFA in Visual Art; and earned a BA in English and American Literature from Harvard University. Her memoir, “Fairest,” is forthcoming from Viking Press, a division of Penguin Random House.

In April, Wagner released her first book, “Futureface,” a memoir about identity, race and immigration, on Penguin/Random House. Previously, she was the host of the Emmy-nominated “NOW with Alex Wagner,” a daily news program on MSNBC. Wagner attended Brown University and lives in New York City with her husband, son, and cat.

Patricia Russo, Executive Director of the Women’s Campaign School at Yale, a non-partisan and issue-neutral political campaign training program for women. A leader in women’s rights for over 25 years, Patricia is dedicated to both improving women’s quality of life and increasing their numbers in office. She is the founder of the Connecticut Women’s Agenda, a state-wide advocacy coalition of women leaders, and a co-founder of of the Connecticut NARAL Foundation, which educates and protects women’s reproductive rights. She is a co-founder of the Women’s Business Development Council of Connecticut and chairs the Public Policy Committee of Yale’s Council of Women’s Health Research. She has been named “Woman of the Year” by the Connecticut Chapters of both the American Association of University Women (AAUW) and Business and Professional Women (BPW), and been the recipient of numerous other awards.

Submit an event or announcement

Anyone with a NetID can submit an event or announcement to be considered for inclusion in our calendar and weekly newsletter.

END_OF_DOCUMENT_TOKEN_TO_BE_REPLACED

Subscribe to our newsletter to receive weekly updates on events on and around campus and announcements from across the university.